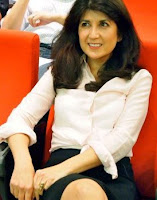 A social entrepreneur and mentor capitalist, Margarita Quihuis's career has focused on innovation, technology incubation, access to capital and entrepreneurship. Her accomplishments include directorship of Astia (formerly known as the Women's Technology Cluster) where her portfolio companies raised $67 million in venture funding, venture capitalist, Reuters Fellow at Stanford, and Director of RI Labs for Ricoh Innovations. She is currently a member of the research team at Stanford’s Persuasive Technology Lab and directs the Stanford Peace Innovation Lab where she conducts research in Innovation, mass collaboration, persuasive technology & the potential of social networks to change society for the better.

Her past efforts include access to development capital through the productive use of remittances in Mexico and developing and advising mobile banking companies that serve the needs of transnational workers and their families. In 2004, Women's eNews named her as one of their '21 Leaders for the 21st Century' and was one of WITI's Women to Watch in 2003. In 2007 she was named 'One of The 100 Most Influential Latinos in Silicon Valley.' In 2010 she was given the Latino Leaders Magazine Maestro Award for Latina Leadership and was admitted into the American Leadership Forum's class of 2011.

Ms Quihuis has served as a consultant to the US State Department on entrepreneurship. She has been widely quoted in the Asian Venture Capital Report, NewsHour with Jim Lehrer, US News & World Report, Forbes ASAP, CNN and CBS MarketWatch.

Ms. Quihuis sits on the boards of UnaMesa, Women’s eNews, and the James Burke Institute. She is a past board member of the Forum for Women Entrepreneurs, and was a member of the screening and coaching committees for Springboard 2000, the venture capital conference for women and was part of the working group for the Business Women’s Initiative on AIDS.