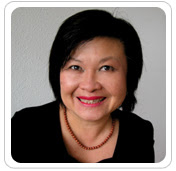 As an investigator, thought-leader and social entrepreneur, Mei Lin has been exploring the use of television and digital media in the development of new community-based models for innovation in the 21st Century. She co-produces 5 TV shows on Palo Alto Community Access Cable TV and available for viewing on Internet TV, Road to Success, a Chinese language program featuring Chinese immigrants, FutureTalk in English with editions in Mandarin, Russian and Spanish covering the same topics with native speaking host and guests. Mei  Lin was an advisor for INJO 6 - the Innovation Journalism Program at Stanford and organized a Social Media workshop for the 2009 and 2010 Injo Fellows. She is working on a networked innovation community project with the US Department of Defense, which will explore the use of digital narratives in new media. She worked with the US Department of Labor Office of Apprenticeship to set up the first Registered Apprenticeship in Customer Care in the nation.

Mei Lin worked at Intel and Oracle in Silicon Valley, and also as an operations research analyst and assembler programmer with Shell Australia. She has written extensively and has been translated into Polish, Korean and Spanish. She is regularly quoted on Customer Service, CRM and her case study of Singapore's efforts in eGovernment, and Singapore's National Service Initiative have been cited in academic peer reviewed journals. Mei Lin has served as international advisor to Singapore's National Library Board, and was appointed overseas consultant by the China Ministry of Information Industry to the committee on CRM and Contact Centers. She has spoken at the National Defense University in Washington DC, at the People's Congress Hall in Beijing China and given a talk with Paul Greenberg at the invitation of the Prime Minister's Office in Singapore to all the Quality Service officers in the civil service.

Mei Lin serves on the board of the National University of Singapore America Foundation and holds a Master of Science degree from MIT in Management and B.Sc (Honors) in Mathematics from the Australian National University. She is the co-founder and chairman of the Institute for Service Organization Excellence which is a thought leader in leadership models for the 21st century and designs curriculum for Service Leadership Transformation in a networked world..